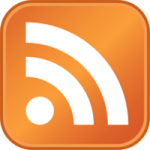 RSS is what powers podcasting.  In fact, this is why podcasting even exists. The enclosure tag in RSS2 allows you to “attach” a media file. Mainly an MP3 but you can also attach just about any media like a video file, a PDF or ebook file.  “Podcasting” is mostly audio but there are some that do video via RSS.

RSS (RDF Site Summary or Really Simple Syndication) is a web feed that allows users and applications to access updates to websites in a standardized, computer-readable format.  It is in XML format and for Podcasting, it follows the RSS 2.0 specs.

Extensible Markup Language (XML) is a markup language that defines a set of rules for encoding documents in a format that is both human-readable and machine-readable.

RSS Specifications v2 – RSS originated in 1999, and has strived to be a simple, easy to understand format, with relatively modest goals. After it became a popular format, developers wanted to extend it using modules defined in namespaces, as specified by the W3C. RSS 2.0 adds that capability, following a simple rule. An RSS feed may contain elements not described, only if those elements are defined in the namespace.

Why you should care?   RSS still powers your podcast. No matter how people listen, it is tied to your RSS feed.  Things in your RSS feed DO affect if your show gets distributed to directories and apps.

Another reason to care about RSS feeds is that is how Podcasting stays open.  RSS is an open standard.  It’s not controlled by any one company or group. This keeps it free an open.  Anyone that says we need to get rid of RSS in podcasting has an agenda to either make money off of you (the Indie podcaster) or trying to control which shows and hosts get heard.  Neither of which is a good thing.  RSS forever!!  🙂